Which washing machine is best - front-loading or top-loading

The spacious halls of home appliance stores have plenty of washing machines. They have a different design and functionality, and each of them looks modern and aesthetically pleasing, promising to become a faithful assistant for washing. And you have to rack your brains over the choice, deciding, for example, which washing machine is better - with front or vertical loading. Without having tested the models in action, it is difficult to understand which one will be more convenient to use, while ideally washing clothes and saving electricity. Well, I’d like to drop in the service less often. Well, let’s see how SM differ with different types of downloads and which one is better to choose. 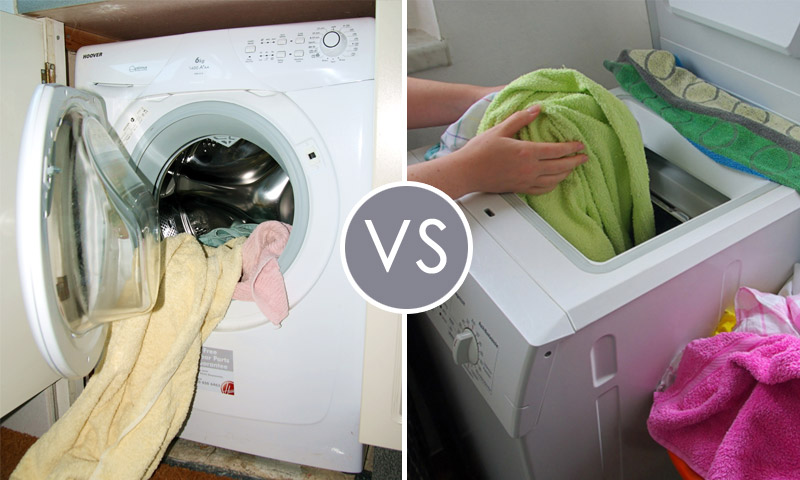 Any automatic washing machine can be either frontal or vertical. The latter is distinguished by the fact that laundry is placed on top. To do this, the top cover is folded, and the laundry is loaded into a special hatch in the drum. During washing, this hole must be closed.

The front-end type of washing machines involves loading dirty things (and unloading washed items) through a special hatch. It is located on the front plane of the washing machine.

Both professionals and ordinary users do not find cardinal differences in the quality of washing between these two types of machines. That is, their main mission and those and other devices perform in good faith. So it’s too early to draw conclusions - before we compare the advantages and disadvantages of different types of washing machines.

Front models are more versatile, as they can be produced in various sizes. But you should remember that for pulling and loading things in front of them, you need to provide free space. Conventionally, such machines are divided into 4 sizes.

Vertical washing machines do not differ in a variety of sizes. Their height is from 80 to 85 cm, the depth is 60 cm, and the width is 40 cm. As you can see, they are somewhat narrower than front-mounted devices. And the good thing is that they do not need extra space when loading laundry and opening the hatch. After all, the laundry is placed on top - just lift the top panel or open the lid on the drum. So in a small apartment, such a machine can just become a find - you can even squeeze it into a corner somewhere by pushing it tightly against the wall.

Immediately, we note that neither the appearance nor the design of the drum for the most part have a significant impact on the quality of washing and spinning. However, by comparing front-loading and top-loading washing machines, you can determine which model is best for your home or apartment.

They hatch (diameter from 23 to 33 cm) is closed with a plastic or metal door with a glass window.During washing, a special lock firmly fixes it in the closed position. And only when the program ends, the door can be opened (the automatic lock will be unlocked). For the convenience of using the machine, the size of the hatch is important - it is easier to put and remove linen in a large hole. It is also important how wide the door can be opened - for simple models the angle of its opening can be only 90 or 120 degrees, and for more “advanced” ones - 180 degrees.

A rubber seal called the manhole cuff fits snugly around it all around. The lack of gaps and high-quality material does not allow a drop of water to leak out. There is an opinion that the rubber cuff can tear quickly, but this is not at all. Of course, it is possible to damage it, but this usually happens with extremely careless handling of the device.

Rubber cuff for sealing the hatch.

Top-loaded washing machines can be structurally different from each other. Most often there are models with a drum located horizontally. On its sides, it has two symmetrical shafts on which it is mounted. Such a design is especially popular among European (especially French) consumers. And Russians, too, often buy just such models. Loading and unloading of laundry in them takes place in two stages: first, the external hatch opens, and then the drum.

Sashes with a simple mechanical lock are provided on the drum. But it’s not always that after washing these shutters turn out to be opposite the hatch - this is often done by simple models. Manually turning the drum to the desired point is a little pleasure, and the developers took this into account. More expensive new models are equipped with a "drum parking system." This means that after stopping, the drum will always face the opening of the hatch.

Open flaps of the drum of a top-loading washing machine.

Less common with us, “American” models of large volume, allow you to load 8 - 10 kg of dry laundry. They do not have a hatch in the drum, which stands upright, but in the middle there is a special activator. There are also models of the “Asian” type, which also have not taken root with us. They also have a drum not horizontal, but vertical, but its volume is small. Often, such devices are equipped with an air bubble generator that helps to wash cleaner. In any case, manufacturers say so.

Very convenient is the fact that for machines with vertical loading, at any time you can pause the washing to add things. And water at the same time never spills on the floor - because the lid opens up. This option is useful to economical housewives, who can first put more dirty things, and then - less soiled. So it will take less time, and powder, and electricity.

Which car is more practical and convenient to use

At the front devices, buttons and touch elements are located on the front panel - in the same place as the hatch. Many models have a liquid crystal display. A dispenser having three compartments is mounted on the left side of the same panel. Powder is poured into one of them, liquid detergent is poured into the other, and the conditioner or rinse aid can be added to the third. The dispenser is easily pulled out, so there are no problems with cleaning it.

The upper horizontal plane of machines of this type is not equipped with either buttons or sensors. Therefore, it is quite possible to use it as a shelf, putting the things you need in the household. If such a device is placed in the kitchen, then it is usually mounted under the countertop. So the hostess gets an additional work plane. Therefore, in the kitchen, frontal models can be found more often than vertical ones.

Vertical SM control elements can be located in different ways. Some of them are all placed on the top panel-cover, while others are on the side panel.The dispenser is usually located in the same place - under the lid. The disadvantage when using such units is that the cover should be free to access. Therefore, these machines cannot serve as a shelf, nor can they be built in under the countertop. However, there are other options for embedding them in furniture - with the top panel open.

Which unit will not ask for repair longer

And in terms of reliability, what is the best washing machine - vertical or frontal? For some reason, many are convinced that front-loading devices can fail and break more often than vertical-type cars. Like, a drum that is attached to only one shaft vibrates more. Accordingly, the bearing of this shaft carries heavy loads, so it wears out quickly. All this is untrue - if the machine is properly assembled, it will not vibrate excessively, and its parts will not require replacement for a long time. In any case, laboratory tests gave just such results.

About beauty and ergonomics

According to both experts and the vast majority of buyers, the design of frontal washing machines is diverse and interesting, and they look very advantageous. And the washing process, observed through the transparent window of the hatch, delays and captivates. In addition, the contemplation of washing also brought benefits to many forgetful people. They managed to see in the maelstrom of swirling linen their passport left in their pockets, a bundle of notes or rights that could be removed on time.

Summarize and make the final choice

Before you go to the store to take a fancy to the model of the car, decide where you will have it. Perhaps you want to build it into furniture - then you need to make accurate measurements. However, for a stand-alone device, too, the necessary space should be outlined.

Small apartments often do not allow you to place a frontal car in them. There is not enough space to open the door, and it does not fit in width. In this case, choosing a model with vertically loaded laundry can be a good solution.

If we are talking about embedded technology, then, as already mentioned, the front-loading model is better.

Now let’s cover the security issue. Here vertical units are in the lead. True, leadership is more theoretical. It is based on the fact that water cannot accidentally spill out of such a machine. But the presence of a hatch on the front of the front devices is a risk zone. After all, there is a possibility (as practice has shown, insignificant) that it will be depressurized and water will splash onto the floor. And in the event of a breakdown of such an assembly, it is imperative to wait for the master to arrive - you cannot open the hatch yourself. If the machine with vertical loading breaks down, you can safely open the lid and get things out.

Next is the price. For front models, it is significantly lower. Their design is more diverse, and there are dimensions for every taste. Therefore, among Russians they are more in demand, occupying up to 85% of the market. European and African countries also mostly buy them, but Americans prefer vertical loading. In Australia and Asia, both types of cars are sold approximately the same. However, it does not matter for the quality of the wash, you will choose a vertical or frontal washing machine. Both those and others cope with their business "perfectly". After all, these technologies have now reached considerable heights.

Video: How to choose a washing machine 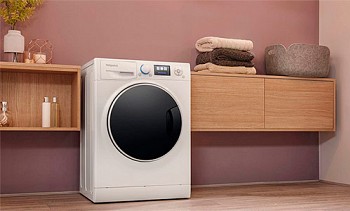 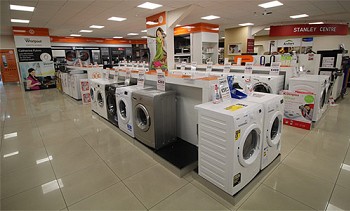 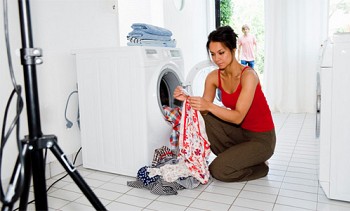 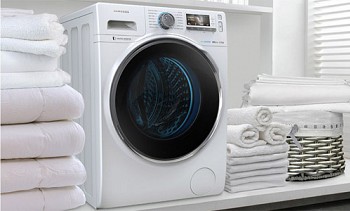 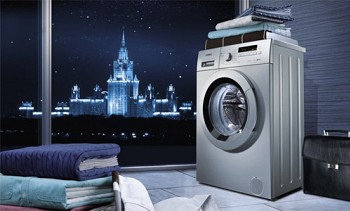 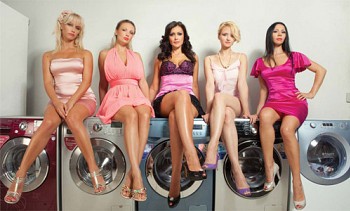 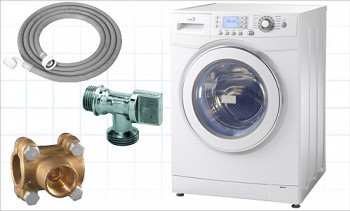