Technical characteristics of cast-iron radiators, their advantages and disadvantages

It would seem that the time has come to surrender their positions to the cast-iron radiators, invented in 1857 by the inventive Franz San Galli. Those who manufacture bimetallic or aluminum products are firmly convinced of this. Like, cast iron is catastrophically outdated - it's time for him to waste. Well, let’s check and consider cast iron radiators in this material - the technical characteristics of which are comparable to those of batteries made from more modern materials. 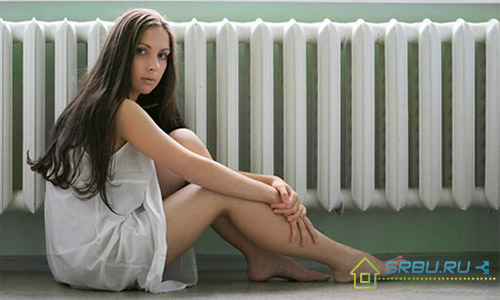 On the design and types of cast-iron radiators

Each radiator, like a designer, is made up of several identical sections. They are poured in the factory from gray cast iron. The channels through which hot water flows can be round or ellipsoidal. At the assembly stage, the sections are connected to each other using nipples, and the joints are additionally sealed. To do this, take heat-resistant rubber or paronite gaskets.

By the number of channels in one section, they can be:

Cast iron radiators can have a different width (which depends on the number of sections) and height. The width of the radiator depends on the volume of the heated room, the number of windows in it, the thickness of the outer walls. After all, the more sections are used, the more heat the radiator will give off. As for the height, it can range from 35 centimeters to one and a half meters. Do not forget to look at such an indicator as the depth of the radiator. After all, it depends on her how these cast-iron products fit into the design of the room. Depth may matter from 50 to 140 centimeters or more.

For installation, you need special durable brackets that must be securely fixed to the wall. After all, usually heavy batteries are hung under the window opening on these brackets, positioning them so that the battery recedes from the wall a certain distance. However, now there are new models of the floor type, in which the legs are included in the kit.

Any coolant is suitable for them

While technical hot water gets from the boiler room to the battery, its quality does not get better. However, it was not originally ideal at first, and then, following the pipelines, it takes with it a fair amount of impurities. So in our apartments already comes a certain liquid, quite aggressive in chemical terms. This is the most aggressive water (more specifically, it has a lot of alkalis) in addition carries with it a bunch of small grains of sand, acting like abrasives.

And she begins to actively corrode steel batteries, for example. And grains of sand, like emery, wipe their thin walls. But pig iron doesn’t care at all - because it is chemically passive, and the walls of radiators made of this metal are very thick. And in the summer, when water is drained from the system, the cast-iron battery will not rust from the inside.

The operating pressure of cast-iron radiators is 9 atmospheres or more, depending on the manufacturer and model. They tolerate water shocks well and are therefore often used in district heating systems.

If you flush the batteries from cast iron from time to time, as well as replace the intersection gaskets as necessary, they will respond to such care with gratitude. About fifty years they will be able to work, regularly heating your rooms.By the way, retro batteries from cast iron are still alive in St. Petersburg, which were still being cast at the first plants. A hundred years or more have passed, after all.

If we compare the price of cast iron batteries with the cost of bimetallic products that have become fashionable recently, then on a budget, cast iron will be much more profitable. And if you have to buy radiators not for one room, but for several, then the savings will be very, very impressive.

On the minuses of cast-iron batteries, often turning into pros

Advocates of new aluminum and steel batteries scold cast iron for its thermal inertia. Yes it is. The cast-iron radiator has been "popping up" for quite some time - this is not a thin steel case for you. When you have to warm a frozen house at the beginning of cold weather, it causes irritation. But after all, a thick cast-iron battery freezes for a long time too. Imagine - outside the window, frost, and the heating was suddenly turned off. Aluminum, steel and bimetallic products will immediately become cold. And next to the good old cast iron, you can still warm yourself for a while.

Slow heat transfer to the room

Let us compare the heat transfer that is inherent in one section of a cast-iron battery (this is an average of 110 watts) and that of aluminum radiators made of steel. It turns out that the latter, having the same dimensions, require less hot water, and give up heat one and a half times more. However, the convection-air heating method for aluminum and bimetal, where only the core is heated, and not the casing, loses to the radiation method for steel and cast iron. In the latter, thermal rays not only heat the air masses, but also reach for objects in the room. As a result, objects also begin to radiate heat, and the room warms up better and more efficiently.

Not everyone can lift a clumsy and weighty cast-iron battery alone - after all, only one section weighs an average of 5-6 kilograms. But after all, few of the owners of apartments and houses drag these batteries - usually plumbing is invited to install and remove them. They don’t like cast iron. And it should be noted that these radiators have a lot of weight due to the thick walls, thanks to which they retain heat for a long time and last at least fifty years.

They "eat" a lot of coolant

Well, yes, on average 0.9 liters of hot water are poured into the pig-iron section, and only 0.4 liters into the aluminum section. Note that in this case, the overall dimensions of these two types of batteries differ - aluminum is much smaller.

They are not beautiful

Standard radiators made of cast iron, which were installed everywhere in Soviet times, they, of course, do not shine with beauty. They warmed well, but I just wanted to hide them out of sight.

So their apartment owners closed all sorts of screens and screens that take away heat.

Today, aesthetic art cast iron products have appeared. On their surface there are patterns in a variety of styles. Such batteries (German, English, Turkish, French, Chinese) are expensive, but they look simply luxurious. Domestic radiators, of course, are not so beautiful, but cheap. But still, their design is quite attractive, and the flat surface looks neat.

Characteristics of cast-iron radiators of various manufacturers and models

In Soviet times, plants for the production of cast-iron radiators could not be counted - there was no alternative. Here, for example, are just a few of their types: NM-140, NM-150, Minsk-110, R-90, RKSh. Almost all of them are no longer produced. Perhaps only one tested model lives for a long time - the MS-140, classic and solid.

New models look nicer, for example, the Ms-110 of the Santehlit plant has a shallow depth (only 11 centimeters) and fits well under narrow plastic window sills.

In Cheboksary, FM radiators are made with one, two and three channels. Their outer side is flat, which looks quite aesthetically pleasing, and dust is easier to wipe.

Beautiful two-channel radiators are produced in Minsk, about 10 models in total.

Sectional batteries from cast iron and from abroad are brought to us. Foreign products are smoother both outside and inside, so their heat transfer is higher. We note the Chinese company Konner (the Hit, Modern and Fort models are especially good).

Table: Comparative characteristics of cast-iron heating radiators of the most common manufacturers and models

We presented the main technical characteristics of the cast-iron heating radiators, the most frequently requested. I think they helped you get the big picture.

As you can see, it’s not worth completely discarding the cast iron that has been tested over the years - such a battery can work longer than a newfangled one, and even decorate a house.

Video: On the pros, cons and features of installing cast-iron radiators 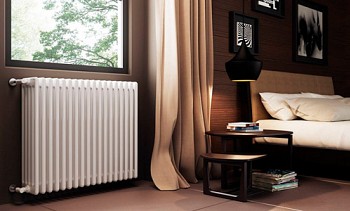 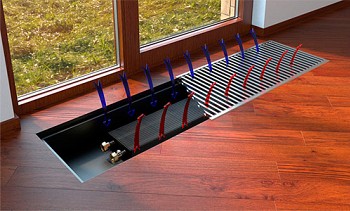 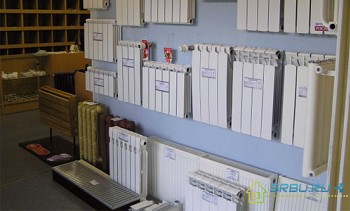 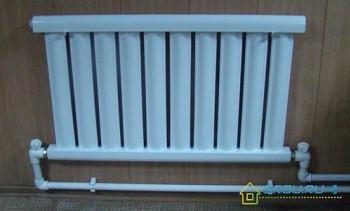 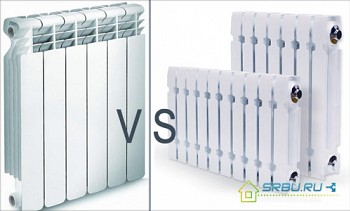 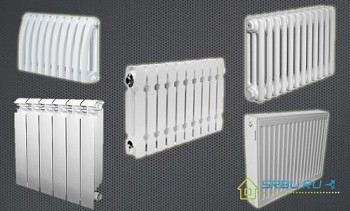 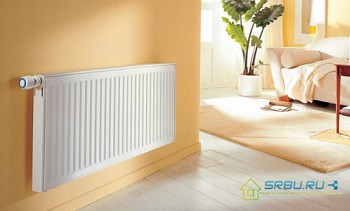 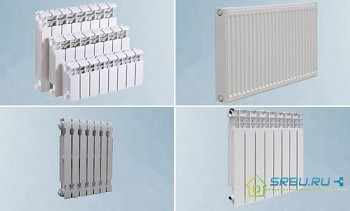 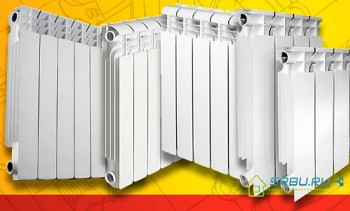