Sofa Rhine is great for the living room. This is a corner sofa, very comfortable and soft. Instead of a back there are soft pillows, the armrests are covered with fabric, therefore, according to the manufacturers, this sofa will be a convenient place to relax, watch TV or read a book. The filling of the sofa is made of special porous material, which should not be missed for many years. It allows you to provide comfort during sleep. The Rhine sofa uses a dolphin-like mechanism, which allows you to create a large berth. On our site you will find reviews about the corner sofa Rhine. 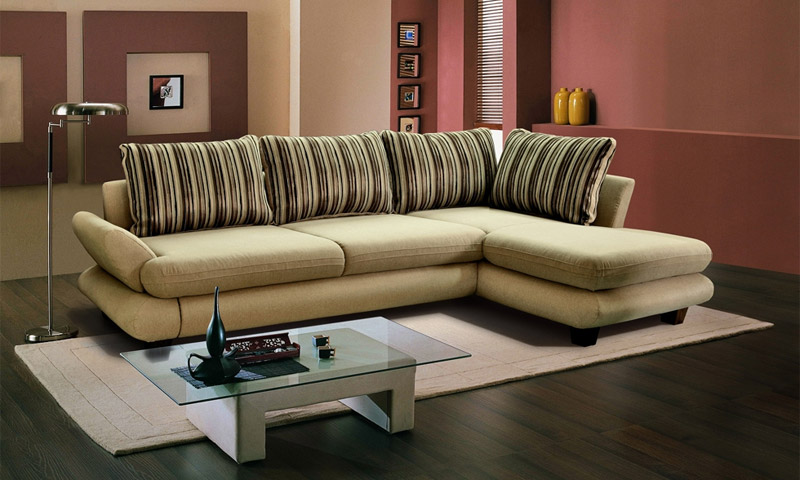 Svetlana
I didn’t think that such a thing could be bought.
The review are waiting to approve.
A comment
In the winter of this year, we bought a corner Rhine sofa for the promotion, well, this is generally something with something, I already regretted the purchase a hundred times. They brought it late in the evening, instead of 3 pillows, it turns out only 2, promised to bring it (they brought the truth). A week later, the folding mechanism completely collapsed. From the sofa, in addition, there is some strange smell, the child already began to sneeze from him at night. This miracle cost 12,000. Representatives and an expert were called, I am waiting for the second week. Probably I won’t wait and I’ll send him to the trash, I’m scared for the child, I don’t want to keep this horrible trash in the apartment. They also gave us a mug as a present, probably to console ourselves with it, or to take pills from our heads.

You don’t advise the enemy, don’t waste your money, time, effort and nerves, he’s not worth it. Awful sofa, junk in one word.
pros
Fast shipping
Minuses
I can’t get rid of him now
Term of use
a few months
Recommendation to others
Not recommend
A photo
Show more

Yuliya
Avaricious pays twice, sofa Rain, quality for 3!
The review are waiting to approve.
A comment
They wanted to buy a sofa, quite by accident a leaflet from the MnogoFurniture store fell into my hands, where our sofa stood out. We went to the store, agreed on the upholstery (we chose leatherette and velvet upholstery, since this is the best option for people with animals) and the side of the corner. We paid the cost of about 19,000, the price pleased, it is not expensive for a good sofa.

Well, now I will tell you my opinion after operation, the upholstery is not easily soiled, but it is extremely difficult to clean it. It is impossible to wash with a vacuum cleaner, stains remain, a rag will not rub much, the fabric will not survive, it is wiped. The sofa itself is kind of soft, but the part that you roll out during layout is much tougher.

As for the leatherette, it’s generally quiet horror, the cat has done a lot of scratches all around the leatherette, although it was claimed that it is not scratched.
So judge for yourself and make a choice.
pros
cost, appearance.
Minuses
in operation did not justify itself.
Term of use
more than three years
Recommendation to others
Not recommend
A photo
Show more

Valentine
Sofa Rhine - a budget option of good quality.
The review are waiting to approve.
A comment
We were looking for a sofa based on the following criteria: the first is the price, the second is the average size, and the third is comfortable. We reviewed a huge number of sofas, but stopped on the Rhine with large pillows, as we realized that this is the most practical and convenient option for us. The sofa takes 230 cm in length, and the berth is 190 cm. The material, if I am not mistaken, is called gunny, very good. All pillows are removable, you can easily remove them.
Also in the Rhine sofa there is a spacious drawer for storing bedding.

The folding mechanism of the sofa is called - dolphin, very comfortable.
The lower part of the sofa and the armrests are made of good quality leatherette.
We bought it for 12800 rubles and for a year of operation, the sofa served confidently, nothing was torn, it did not fall off, it was not wiped, a worthy product at its cost, I advise.
pros
Price and quality
Minuses
Not found
Term of use
more than three years
Recommendation to others
I recommend
Show more
Add review 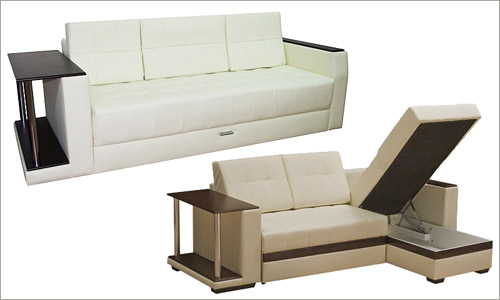 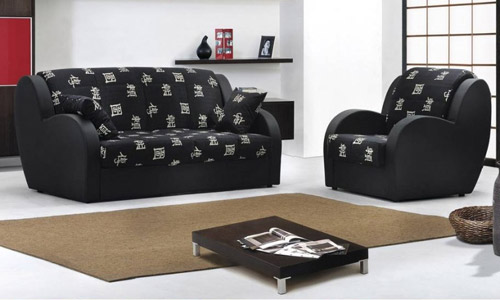 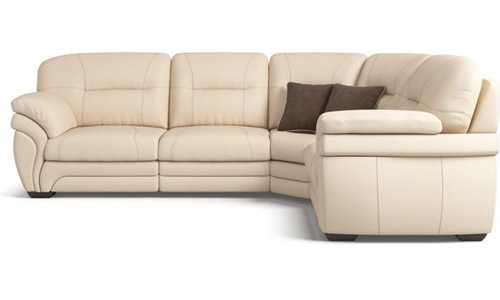 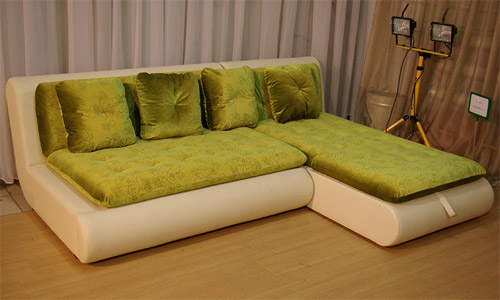 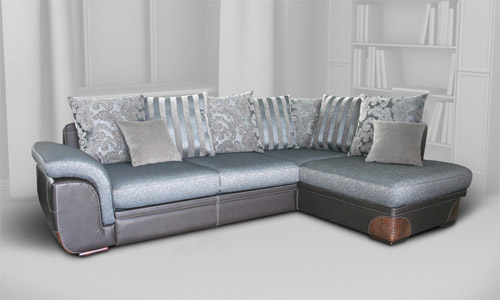 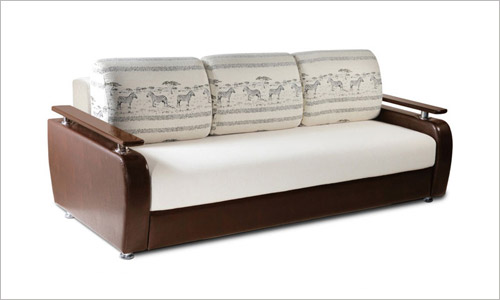 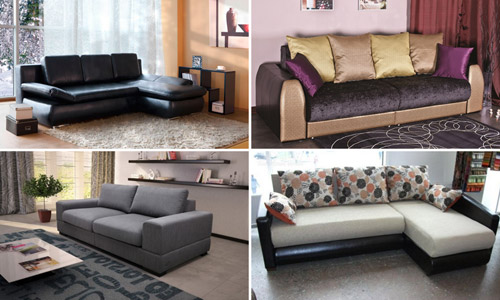 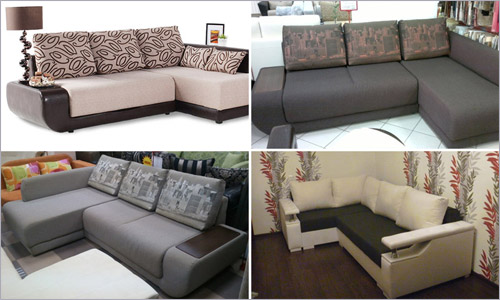 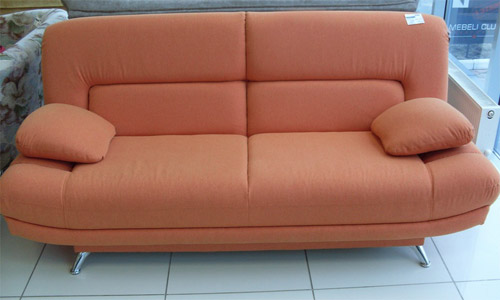 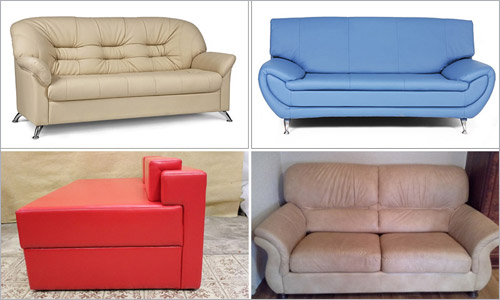 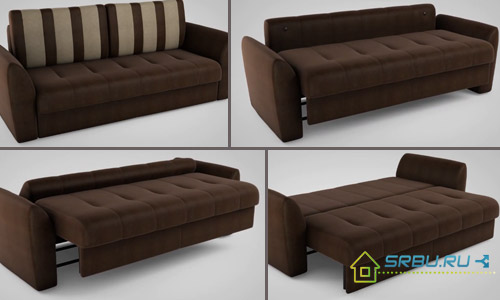 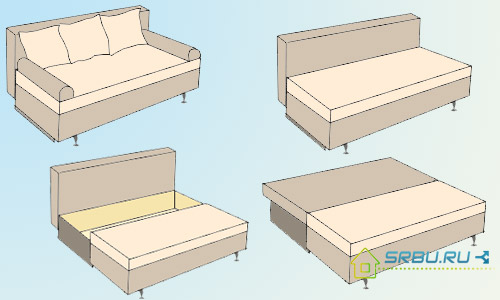